The 16 April 2019 A case was news again which seemed to have already settled. It is about the cars “Pastore, Adrián c / Italian Charity Society in Buenos Aires s / Dismissal ".

Although the Supreme Court of Justice of the Nation had already issued in said proceedings, after two years he did it again and, forcefully, ratified certain criteria that it takes into account when deciding whether or not to have an employment relationship, confirming some positions already seated in previous pronouncements (“Bertola, Rodolfo Pablo c / British Hospital of Buenos Aires s / Dismissal ", 26/08/2006; “Cairone, Mirta G. and others c / Soc. Italian Charity in Bs.as.-Italian Hospital on Dismissal ", 19/02/2015; "Shepherd, Adrián c / Italian Charity Society in Buenos Aires s / Dismissal ", 19/02/2015; “Rica, Carlos Martín c / Hospital Alemán and others on Dismissal ", 24/04/2018).

So to decide, the CSJN had considered the following:

Thus, attentive it is a matter of common law (whether or not there was an employment relationship), the CSJN had decided that they should be the natural judges of the case - in this case the labor judges- who should issue a new ruling, according to the parameters dictated in the case "Cairone", reason why the file was returned to the CNAT for the purpose of issuing a new sentence.

Thus, from that date it seemed that the "Pastore" case was a "closed case" since, although the CSJN had not ruled on the merits of the matter, Yes, he had set the parameters to be followed by the lower judges, which implied ruling in favor of the non-existence of the employment relationship and, Thus, reject the action initiated by Pastore.

To depart from what was said by the CSJN, the judges of Room IX –Dres. Roberto Carlos Pompa and Álvaro Edmundo Balestrini- they were based on: (i) that the CSJN had not issued on the merits of the matter; (ii) that natural judges are the ones who are responsible for ruling on matters of common law and, in particular; (iii) that the Pastore case had differences from the Cairone case, reason why the referral of the grounds of the “Cairone” ruling to the “Pastore” case had implied an “extreme laxity” on the part of the CSJN.

In this sense, Room IX highlighted that in the case "Pastore", unlike "Cairone", the Italian Hospital had exercised its disciplinary power over the actor, situation that had been accredited with the preparation of an administrative summary of the Italian Hospital from which the misconduct of Pastore arose in the performance of his tasks, from which he was disbanded as a doctor from the institution.

In consecuense, following your own criteria, with date 21/12/2016 Room IX decided that the technical and legal subordination notes were configured and, Thus, that the existence of an employment relationship between the anesthetist and the Italian Hospital was proven, making room for the claim in its entirety.

So things, the Italian Hospital, Faced with the new ruling, he filed an extraordinary federal appeal, which was denied and, Thus, the defendant company filed a complaint with the CSJN.

In this way, as a "deja breast”, the CSJN had to be issued again on the same case in respect of which it had already been issued two years ago.

II. The ruling of the CSJN

The Court - now with the vote of Doctors Elena I. Highton de Nolasco, Carlos F. Rosenkrantz, Juan Carlos Maqueda and Ricardo Luis Lorenzetti- gave rise to the complaint appeal and decided to deal with the matter.

Decisively, The CSJN decided to confirm its criteria adopted in its previous “Pastore” ruling and, Thus, again it resolved that there had not been an employment relationship between the anesthetist and the Italian Hospital, emphasizing the following fundamentals:

Thus, the CSJN decided to confirm its previous pronouncement.

However, in this new sentence, la CSJN, unlike the previous ruling, not only that it revoked what was said by Room IX of the CNAT, but, what's more, decided to use the power conferred in art. 16, second part, of the law 48 to resolve on the merits of the matter - despite being questions of fact, proof and common law-. To do so, was based on the following fundamentals:

This new ruling leaves no room for doubt about the message that the CSJN continues to send regarding the way in which the existence or not of an employment relationship should be analyzed.

The CSJN reconfirms certain criteria taken not only in the previous ruling "Pastore", but also some applied in the ruling "Rica c / Hospital Alemán" (24/04/2017) –Which received so much criticism from a large part of labor lawyers-, for example, the current existence of the service lease agreement; the importance of analyzing the existence of technical subordination on a case-by-case basis, economic and legal so as not to fall into dogmatism; the need to assess the entire existing relationship and not just a part; the strictness with which cases whose results have a transcendental economic result must be analyzed; the role played by good faith and expectation by virtue of the conduct taken by the parties over a long period of time –associated with the worker's silence-.

However, the big question - and therefore, uncertainty generator- is whether the CNAT judges are going to abide by the criteria adopted by the CSJN or whether, rather, will continue to pass sentences according to their own principles. In the absence of response, Unfortunately, who is present is legal insecurity.

As is known, in Argentina there is no institute of stare decisis -Be decided-that does exist in other countries, such as the United States or England, where the precedent constitutes an obligation for the judges who in the future must resolve similar cases. Namely, in Argentina there is no rule that establishes the mandatory nature of the jurisprudence of the CSJN for lower judges.

Without prejudice to it, The CSJN has made it clear that the fact of passing a sentence contrary to its provisions could be considered arbitrary., unless new arguments are provided that justify modifying the position seated by the CSJN (Faults, 307:1094, Ceramic San Lorenzo, 1985).

In the particular case of "Pastore", the Room IX, prior to the issuance of the sentence, made an explanation of why, in his opinion, the facts were different from those of the “Cairone” case.

Thus, beyond the legal uncertainty caused- I consider that the decision of Chamber IX did not contravene any rule and that, Conversely, was adjusted to the jurisprudence of the CSJN with regard to cases in which it considers that a lower judge can rule against what is established by the CSJN itself without falling into arbitrariness.

In this sense, It could be considered that the CSJN itself has also understood it in this way since no Minister made any comment regarding the existence of any irregularity on the part of Chamber IX in the issuance of its ruling. You should not lose sight of that, many times, the silences in the sentences, they speak too.

A reform which begins to contemplate the "gray" issues that currently exist with current labor regulations. And this is not only necessary in the case of doctors or liberal professionals in general., but also for the new forms of relationships that began to emerge after 40 years of publication of the Labor Contract Law, as is the collaborative economy (Rappi, Glovo, etc.) or the new ways of working in a dependency relationship or out of a dependency relationship.

In this sense, It would be of utmost importance to start shaping figures such as the economically dependent self-employed worker. (TRADE) –Existing in Spain- or that of the "economically linked professional self-employed worker" - which was taken into account in the draft reform of the Labor Contract Law that had entered the National Congress in November 2017.

Notwithstanding that the guiding principle in labor matters should always be - in order to avoid fraud- the one with the primacy of reality, the world of labor relations seems to increasingly demand the existence of a legal framework that allows framing in a more specific and correct way certain types of existing relationships, which will provide greater legal security and, possibly, an aid in the reactivation of work in its various forms.

At present, it is observed then that –beyond the difference in criteria existing between the CSJN and judges of the CNAT- the legal tools available to judges are often obsolete to be able to resolve with equity and justice the totality of the new and current existing relationships. 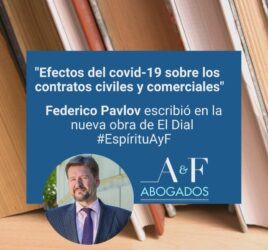